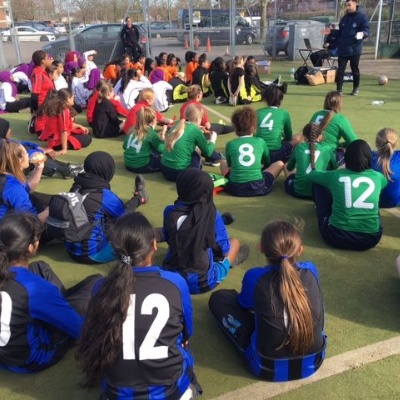 Our girls played four matches, beating Westgate and Eden School but losing to Ditton Park and Lynch Hill Enterprise Academy which meant they did not make it to the final stages of the tournament. Nonetheless, this was a valuable experience for our girls who competed with a positive attitude..

We also provided six student leaders to referee all the matches and the following boys represented Wexham School well in these roles: